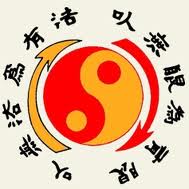 So today I went to the Jeet Kune Do class that I mentioned a couple of weeks earlier. I went to it with an attempted open mind and ability and perhaps I will take something away from it. What I got instead was something akin to a very informal gathering.

So it turns out that this meeting was at someone’s house, 10 minutes away. So let me break it down:

1. The instructor is in his 40s, most likely nearing his 50s

2. He is an ex-cop, having served in Detroit and Houston. He also grew up in the projects of Detroit.

3. 5th degree black belt in Tang Soo Do. He is also (claimed) an amateur boxing champion. Translation: (with #2) this guy is no noob.

4. There were a couple of experienced students (8 in total for the class) who mainly had experience in TSD. There was an assistant there who had a background in wrestling. To round out the class there was me (4 years of Kung Fu, 4.5 years of Aikido), another Asian guy with experience in Wing Chun, two women who were new to JKD – including one gymnast.

The class started with a bow in – one that consisted of a kung fu – like stance followed by hands clasped in a prayer like stance. After reciting the JKD montra (“my limitation is no limitation, my way is no way”) we headed in our first lesson. The teacher started out with a short lecture on JKD, his experience, and how street sparring is like. We then moved into stick moves. I forgot to mention that teacher also had dabbled in Eskrima, so he had us practice some moves with plastic sticks. At first it was unwieldy, but then I just allowed my Aikido senses to come in and just guide the attacks and parries that we worked on later. A lot of disarm, disarm, disarm, attack, attack, attack.

We then moved into basic knife attacks and blocks. Correction: I remember him mentioning that there is no such thing as a knife “block”. In his own words a “block” with the knife is an attack. For this as well we got paired with a partner to practice and switch with. Mine for these two was the guy who had experience in Wing Chun. Next up was the:

1. Cover and retaliate routine. I’ve forgotten what his term was but basically a way to cover yourself momentarily and then retaliate with blows to the groin area.

Something like this, but with both hands on top of the head and both forearms covering the face.

2. Attacking the groin area from a head lock on the side.

For #1 each of us had to withstand blows from teacher and wrestler TA (I’ll call the wrestler guy this from now on) and do #1. When it came to my second time up, I had teacher initiate – and taking a right hook to the left eye in the process! Damn that stung! Nonetheless I was able to recover, wrap my arms around his waist and deliver some mock upper cuts to his groin.

Other than the blow to my eye, the rest of the class when without a hitch. We dabbled into some Wing Chun traps, one of which is one hand tap and straight punch. The 2.5 hour class culminated into a one-on-one sparing session! I sparred with wrestler TA, two of the experienced students, and teacher himself! I missed a couple of kicks and punches but for my first sparring session in a controlled environment ever – not bad at all.

A small run down of the class:

– very informal and very fast. This is a meetup group that only meets twice a month. Hardly something that could be practiced a regular basis – although JKD could be learned easily and used right away. Additionally in 2.5 hours we touched up on Eskrima, boxing, Wing Chun, self-defense situations, and free sparing. Not really a concentrated curriculum. I’m use to the dynamic schedules of my Aikido training but it seemed that there wasn’t too much depth. Maybe I just need to come more often but that’s my impression.

– I’ve been waiting for some sort of controlled environment where I can have some contact! I believe it is imperative to have people get the feel of being punched – or to have some contact. That way people as martial artists know what it’s like to have a punch come in at them (or in my case, to the eye).

– Teacher has the life experience to back up his teachings, but I guess after being taught by masters who have been teaching longer than your parents have been living, that sets a high bar . Or it could just be me. In any case the next meeting is in two weeks and I’m still deciding on what to do.

I still have Wing Chun on my mind.