Just now I’m shaking off the experience (horrors) of a seasonal retail position and a nazi for a professor. More on the professor and a month’s worth of homework for another day but for now I’d like to bring up something that I believe isn’t brought up too often. Something that I don’t hear many martial arts instructors talk about: Getting yourself in a “real” situation.

I am of course talking about fighting on the street; where you’re minding your own business when suddenly a mugger(s)  jumps your ass to steal something from you – be it your life, your money, your significant other, drugs, your virginity, or your pride (among others).

Now my question to the world out there is this: To be a “bone fide” martial arts instructor – or even a martial artist, do you need to have been through a real fight? 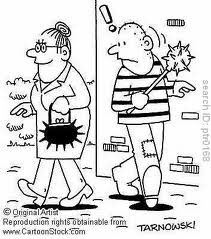 Now I’m no expert, but just saying: everyone has been in some sort of scuffle in their lives at one point or another. I’ve never been in any fights in my life – yet. But I did punch a kid in 1st grade in the face and got sent to the office. One punch and that was all (funnily enough I forgot why I did that but it wasn’t anything serious – that I remember). I’ve also been punched the face and ears a few times in training – my left ear is ringing right now from the two-minute mini-concussion that followed an impact there a year ago (proof of muscle memory?). And lastly I’ve been kicked in the diaphragm region via a training partner’s heal. I remember this because of the two-minute paralysis that followed – while I was laying on the mat motionless and having difficultly breathing.

I guess I really don’t know. Now understandably no one really wants to get into fight – whether it be the neighborhood punks, your significant other, the enemy on the battlefield, etc. But experiencing a physical fight could only be an asset in one’s martial journey I imagine. One reason of my decision to take up another martial art at the moment is not only that I feel like using my fists and feet (Aikido has little to no punches and no kicks), but also something that would allow me to experience that adrenaline rush/dump in a controlled environment that usually happens when some punk is squaring off on you.

I think about the two martial artists who I look up to at this point and I can only see that they started out from having to deal with people who really wanted to beat the crap out of them. Morihei Ueshiba, better known as O’Sensei (founder of Aikido) went through a period in his youth where he beat up people for self-protection and (some aikidoists are going to hate me for saying this) just for the hell of it! This is not mentioning the fact that all the way up to his 50s there were Japanese martial artists who were challenging him to duels (akin to the gunslinger duels of the American wild west) where they really, really wanted to kill him. O’Sensei walked away (literally) from all of these and usually without a weapon too (in most of these he purposefully never requested one). Most of  his challengers (if not all) ended up hurting themselves – but that’s a story for another time.

Bruce Lee lived in the gang-infested streets of Hong Kong in the 50s and probably lost count of all the fights that he got himself into (and some that came to him!) as a teen. In fact according to some biographers he got into Wing Chun when at age 13 or 14, he had his ass jumped by a group of boys wanted to make an example of him. After that encounter, bloodied and beaten, he asked his mom if he could learn kung fu (which she in turn asked his father, had a discussion, and through him met Ip Man). The rest is history; this is not mentioning the fact that he was also a boxing champ.

So the issue whether these two had “street cred” as martial artists is self-explanatory. Here I come back to my question: Do I need “street cred”?

And for those of you who don’t know, it’s short for “street credentials”. I’m sure it’s a different term nowadays but that was the one that I grew up with.